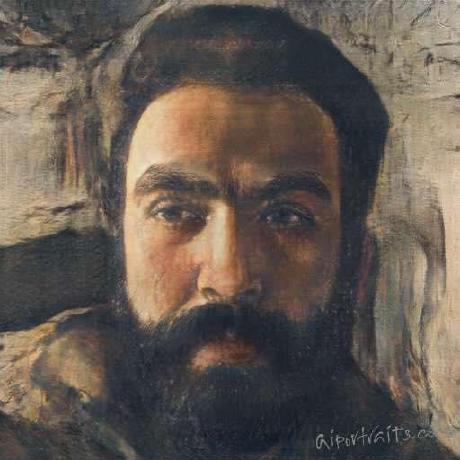 Welcome to my site

Hi my name is Islam Wazery. I'm 22 years old and I'm living in Egypt. I hold a bachelor degree of Computer Science. I work as a Freelance Web Developer. I was a previous Google Summer of Code student in 2012, and mentor in 2013. I used to contribute to KDE as an offical developer. I am offical Ubuntu member. In my leisure I produce Electronica music, or read some science fiction novels, or play Tennis.

Why you want me

I am a multi talented handsome and young guy, always looking for new challenges. If this does not convince you yet then have a look at the rest of this site. I'm sure this helps.

The purpose of this site

Currently I am working as a Freelance Developer on oDesk. However I am also available for freelance work.

Skills I gained over the years. Everything is of course approximately.

I am dedicated to a lot of different fields. So I was able to gain a lot of experiences in various disciplines. If you have any questions regarding my skills, don't hesitate to get in contact with me.

"Islam is a very enthusiastic Open Source advocate. He is one of the best I have worked with in a voluntary work. He is really one of the persons who believes in Open Source communities as a philosophy of life. Islam is one of the few peoples who encourage me every time i see his enthusiasm working together. One day he will be an Open Source leader."

Graduation project was SDK called MorphSDK for 3D applications development, with excellent grade. It was built using C/C++ and Qt framework. It consists of a visual 3D editor and a small framework. The source code is on Github and licensed under a free software license (LGPL).

My role was to program am action flash game, called First Defense.

I got an internship from the Google Summer of Code program to overhaul and re-write an open source tool completly. I was part of the Digikam project under KDE organization, my role was to re-write and port the Import Tool of it to Qt4, it was using old deprecated Qt3 support classes. I completed the project with success and continued to work and fix bugs with the community after the program finished. Also I recived a lot of patchss in which I reviewd and merged.

In 2013 I mentored 2 projects for the Google Summer of Code program, in Digikam project under KDE organization. In the 3 months program my role was to help and guide 2 students in their open source projects, did that by meeting one of them in-person because we were lucky enough to be both Egyptians and the other student was a female engineer from China, who I helped her through emails and IRC. Both of the projects completed with success and both of the students continued to contribute in KDE after the program finsihed.

After finishing my military service I continued my contributions to KDE. I started a new tool in Digikam project for tethered shooting. Implemnted the front-end with QML, back-end with C/C++ (Qt).

On oDesk I started to do some freelance working. I created some Ruby on Rails web applications from scratch. One of them called Teamspar.

I wrote several articles for Tuts+ network, here is my author page.

I am also writing on SitePoint network, and here is my author page which contains my tutorials and articles.

After contributing and making some events for Ubuntu in Egypt and being active, I got accepted as an offical member of the Ubuntu community. Here is my wiki page documenting my events and contributions and some of the testimonials about my work.

An open source experimental SDK that aims to facilitate the creation of the applications that have 3D interface. It consists of two main components: 3D visual editor and a small framework. The 3D visual editor have the basic tools that is needed to create the 3D interface, and the framework contains the classes that can be used to create the application logic. The project page on Github: https://github.com/wazery/Morph-SDK
Grade: Excellent

Working under KDE organization in digiKam project. The title of the project is "digiKam import tool revamp"
digiKam features a graphical interface to access and download pictures from digital cameras. Code is rather old, using Qt3Support classes for the icon view, the UI code intermangled deeply with backend code, and has not seen very much care and love for some years. This project would involve taking the old code apart, rewriting a clean code base backend and front-end, but also adding user interface elements to make the most important everyday task as easy as possible.

Implementing a tethered shooting tool for digiKam. Currently the frontend is ready. I wrote the frontend with QML. The backend is still under development. The project was suspended during most of 2013 and I am now (as of November 2013) getting back to its development.

I'm a talented coder as well. If got some things up on Github so why don't you go ahead and fork me?

RubyGems I have created

Other repositories I am contributing to

This is just a small collection of pictures. If you want to see more, have a look at my DeviantArt accountor ubuntu art wiki